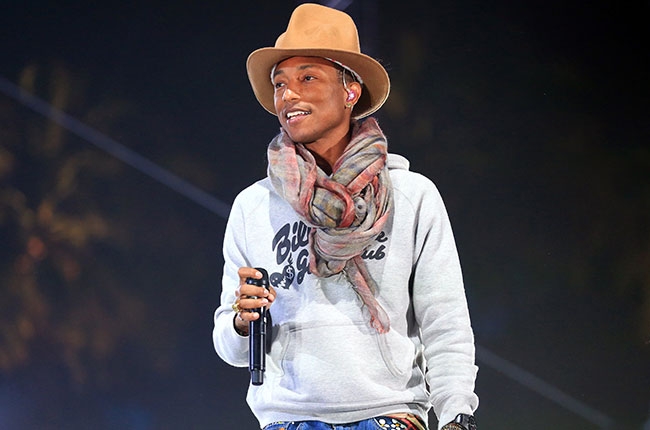 I’ve been in love with Pharrell Williams since 2002, I just didn’t realize it until today. I mean, you don’t just go through what we’ve gone through without developing a special connection. His weird phase, his other weird phase, his group weird phase, I lived through it all and was still like, “Nah, this dude is awesome.” I never left him. That’s true love.

I figured it out listening to “Hunter” off of his G I R L album. You know, the one where he says, “Hey, baby, my love is calling” and later whispers “sex is calling.” I was already halfway through singing the second chorus before it occurred to me, “This song is weird as fuck and I love it.” The whole album is just undefinable, from “Brand New” to “Gust of Wind,” just outside of any genre I know. I played G I R L all Summer ’14.

What’s even stranger is it’s nothing like his first album. I flipped over to In My Mind just to reintroduce myself to Pharrell’s hip-hop side. He went from “my n*gga you can do it, too” to “because I’m happyyyyyyy.” I like that in a man. That man can kick it with Snoop and Slim Thug and then get an Academy Award for composing the Hidden Figures soundtrack. Sexy.

2002 was a special year for me. I had experienced enough life to know love – 2001 was life-changing if you know what I mean – and the “Pass the Courvoisier, Part II” music video came out. My favorite part of the video is when Busta Rhymes stomps on Mo’Nique’s toes a la Harlem Nights, but my second favorite part is watching Pharrell bob his head and rap in a tuxedo. My third favorite part is when Pharrell’s under the table looking like a scoundrel. Also sexy.

Pharrell continued to give me the best he had after that. Well, actually, he gave it to the brown-skinned girl from the “Frontin'” music video, but I guess she earned it that time. That Neptunes sound was and is perfect to me. Spacey like it says, but always right on time. That Justified album had me thinking I loved Justin, but it was Pharrell all along (Chad Hugo gets some props, I guess). I thought I was a real Jay-Z fan until I realized all my favorite Jay songs were on a “Produced by the Neptunes” playlist. And when I thought I was getting too spacey myself, he’d pop up like “all the girls standing in the line for the bathroom” or do some other N.E.R.D. shit to make feel like being “out there” was just another way of saying “dope.” He even wrote my favorite song of all time, “U Don’t Have to Call” by Usher. “True playa, fa real. Ask my n*gga, Pharrell.”

Did you know my man wrote lyrics for “Shake Ya Rump”? Have you ever heard of the middle name Lanscilo? No, you haven’t. Did you know his dad’s name is Pharaoh? I would name my first son Pharaoh.

To make us even more perfect, neither of us age. In thirty years, we’re both gonna finally look thirty. Meant to be.