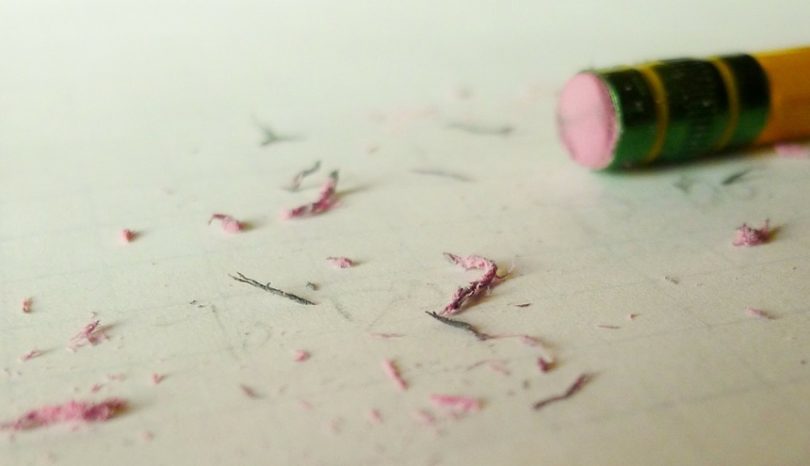 Today while enjoying my favorite pastime – bookstore prowling – I noticed a clutch with the phrase “If I had to live my life again, I’d make the same mistakes, only sooner.” I only hesitated a moment it before another book caught my eye and I moved on. But the phrase stuck with me.

I don’t have regrets. I believe in regrets and have had regrets, but I don’t hold onto them. It turns out the initial feeling of despair after a terrible situation eventually fades – in some cases, entirely – and leaves you with just a lesson. Today’s lesson: go with your gut.

My instinct has never lied to me. It tells me when I need to pack a jacket before I even know it’s gonna rain, and when that person I’ve let into my life is only temporary. On great days I follow my instincts on “the journey of more success,” but about half of the time, I challenge my gut reaction with logic. Sometimes I’m outside getting soaked to the bone thinking, “Damn, I should’ve brought that coat when I thought about it.” Hence, the regrets.

Nice guys, it turns out, are just that, nice guys. That doesn’t mean every nice guy is the guy for you or that the attractive ones should be locked down immediately. There are still pre-requisites to giving a nice guy the time of day, just like there are for giving an asshole or an ugly guy the time of day. One of those pre-requisites is that he’s actually a guy you’re attracted to. Does your gut say he’s friend material or boyfriend material? My mistake has been hoping that my gut reaction is wrong or that my feelings can change. The consequence has been leading somebody on and ultimately wasting both our time. My bad.

That’s just one mistake of many that I plan to make in this life. Instead of feeling down about them, though, I get charged up. Every time I make a mistake and learn from it, I upgrade my life. Next time I’m going to be better and do better. Thanks to my mistakes, I’m the dopest version of myself that I’ve ever been.