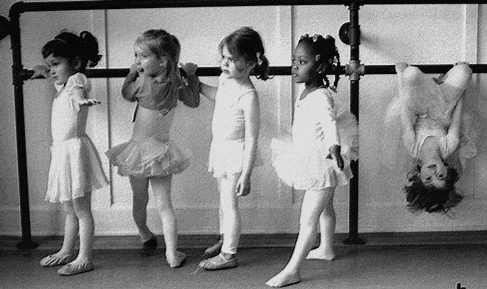 The other day I was explaining yoga to someone who’s never tried it and described it as “Simon says.” Someone tells you what to do and you do it.

It was true, but there’s also a lot more to it. Yoga instructors are like mentors rather than generals. They’re not gonna yell at you or kick you out the group if you don’t do what they say. Actually, straying from the path is encouraged. “Make it your own,” they say.

In my last yoga practice, I laid my mat next to this chick who did whatever the heck she wanted. I caught her doing push-ups during a twist, headstands during low pigeon, and a whole bunch of other randomness. We were rarely in sync.

So I asked myself, does this bother me? Well yes and no. Yes, it bothered me that she was disturbing my flow with her peripheral out of sync-ness. It’s easy to focus on your breath when everybody else is breathing at the same pace. It’s hard to focus on stillness when the person next to you is pumping their arms up and down.

Also, I couldn’t rely on her for quick reinforcement – am I doing Warrior 1 or Warrior 2? I guess I’m ok, no thanks to you, Marsha!

But I ultimately decided to stop being a hater and accept her for what she was. Inspirational! A yoga practice is just that, practice. And we’re not the same so we don’t need to practice the same. If you can do a handstand, why limit yourself to downward facing dog to appease me? Be big, be bold, be you.

Yoga taught me to take up space and get in touch with my body. So I want to be more like my yoga neighbor. I hear what the instructor is saying, and there will be many times where you’ll catch me following along, but more and more, you’ll catch me doing my own thing simply because it feels right.