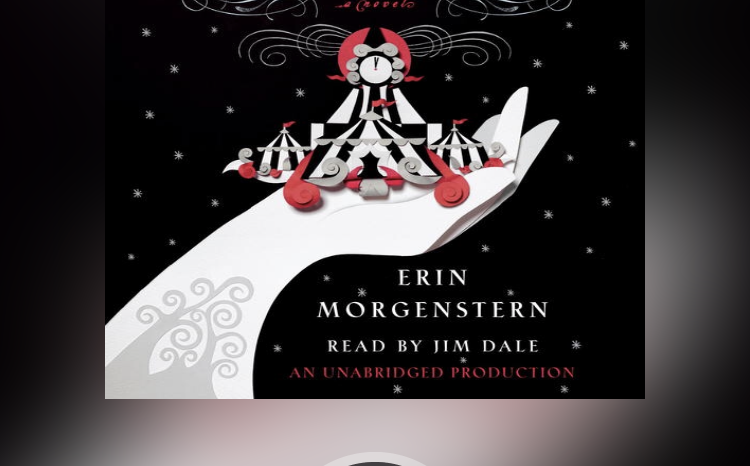 The circus arrives without warning.

The opening lines coupled with the black, white and red cover of The Night Circus have held my interest for a while now. I remember picking it up and setting it down several times in the bookstores. Maybe it was because of the size of the book. I can read sizable texts when the font size is large and well spaced, or when the title has Harry Potter in it, but otherwise, I get turned off entirely. My interest was rekindled only recently after reading Caraval, a story that seemed to share tones of magic and mystery. Beyond that, I had no idea what to expect.

Ultimately, reading Erin Morgenstern’s The Night Circus was like reading Harry Potter and the Order of the Phoenix. I can tell that the stage is being set for a lot of important things, but if I didn’t push myself past the first 100 pages, there would’ve been a chance I would have abandoned it altogether.

Character after character after character was introduced until it became unsettling. Prospero, the man in the grey suit, Marco, Celia, Isabel, Bailey, Poppet, Widget, Sukiko, Chandresh, Friedrich, and the list goes on. I wanted to invest myself in the storyline, but I wasn’t sure who to attach myself to because there were so many main players. These characters were not just circus players, in fact, the majority worked outside the circus. They were each great balls of potential waiting to make an impact, but it was maddening trying to figure out what that role may be.

To make matters even more difficult, the story had a varying timeline, moving between 1889, 1891, 1892 and back to 1891 without any concern for your emotional response to the moment you were previously in. I keep comparing it to Harry Potter not simply because it was magical, but because the thing that impressed me most about both Harry Potter and The Night Circus was their ability to lay out the pieces of a puzzle, and then bring them all together in a clear, cohesive picture. Unfortunately, while working through this puzzle, I grew frustrated and impatient.

What is the importance of this character? Why am I hearing about this? How long will this be a great secret? I asked myself these questions and more until I reached the middle of the book and started to ask myself, Is this a Shakespearean tragedy? If so, I was ready to drop the story like a hot potato. In fact, I was so reluctant to lumber through to a dark, dreary ending that I googled “The Night Circus tragedy” to determine if everything would fall apart. I didn’t see a great number of mentions so I read on.

I’m glad I did because the tale was ultimately lovely. It reminded me of a fable, but one that was translated before it could become watered by time. In fact, the entire tale is recalled in the present tense, as if you’re living in each moment. I think it would register even better on camera, where you could watch things unfold with the same immediacy. You could see each character’s face – even the ones that change. You could see the way Marco and Celia look at each other, and how their charge’s monitor them. You could see the manipulations in action, a faraway land here, a healing hand, a wishing tree and judge the competition for yourself. You could look in the circus and try to spot the red-haired girl you met so many years ago. And you could attempt to see all the things that are meant to be unseen. Transparent people, the moment one loses sanity, the ebb of time.

The book is inherently magical, but impressive, despite how long it drags on. I give it 4/5 stars.