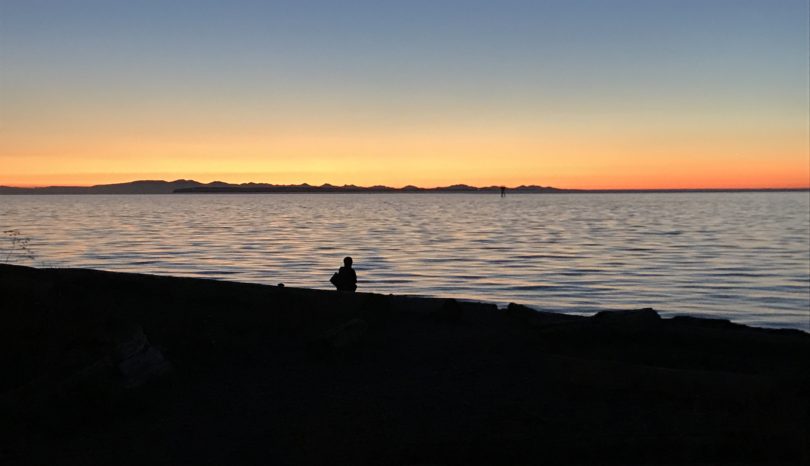 Up until now my only reference point for Seattle, Washington was the Twilight movie series, where everything was forest and rain. Perfect for vampires who glitter in the sunlight. I knew a person or two who wanted to come here and I was like, “y tho?” and shrugged it off. Then my boss was like, “they’re interested in sending you there for work” and I weighed the pros and cons. Con: It’s not Arizona, California, or Hawaii. Pro: The flight is long enough that I can get a full day’s pay to read books, which is actually my dream job. I signed up hesitantly.

Boy, was I naive. Seattle is one of the most wonderful friggin places on Earth.

First of all, I love water like none other. Indianapolis was just meh until I found it had canals. Well, Seattle has water everywhere, pretty water. Not Lake Erie water, but the kind that glitters in the sunlight and looks like boats belong in it instead of dead fish. And when you look just beyond the water, what is that you see? Mountains. Actual mountains. There are a lot of big ass hills, still scenery that I’m not quite used to, but when I saw the snowcapped mountains in the distance my jaw dropped. I did the awkward thing, which is stop in the middle of the road to take photos while the car that was far away ended up right behind me.

To be fair, people keep reminding me that 70 degrees and sunny is not Seattle’s normal. They’re already thinking winter which for them means rain on rain on rain. They tell me that there are people who visited who never even saw the mountains thanks to the clouds. My first hotel put me on the 25th floor – I saw the mountain and then some.

In this day and age, good people are as great as good scenery and there’s no shortage of the former either. When I went to breakfast and decided to watch the news – I know, stupid, right? – a middle-aged woman sparked up conversation with me and it wasn’t the most positive – it was related to the news – but it gave me hope. She just seemed to get it. She understood history, hypocrisy, and histrionics. She didn’t say a word to offend me, and for me, that was refreshing. I was a little sad to say bye to her, but I had more places to go, more people to meet.

I led presentations for two of my company’s customers and they were just nice, good people all around. During my first presentation I got a couple laughs, pity laughs, but they still made me feel warm and fuzzy. In the second, I was complimented on my upbeat presenting style. All of the things that could go wrong, stayed away. It was a good morning.

For lunch, I stopped into a random restaurant that I expected to be bougie as f*ck, but everybody was very friendly, from the greeter with the British accent to the charming waiter, to the chill busboy. I felt oddly comfortable sitting outside on a random street in the middle of somewhere across the country from home.

I would say that the fact my lunch break landed me in traffic was a downside, but even that had its silver living. It forced me to slow down. I listened to an audiobook. I started a second audiobook. I actually saw the trees. I had an odd, outerbody experience driving down a mountain. And I pooped my pants when I reached my next destination: Blaine, Washington. Where they built codos and resorts and bike trips on a strip of land in the midlde of a giant body of water. Where the water ripples to perfection and the sunset is endless. Where Canada is within a stone throw’s distance. And where you can see stars further away than you can even fathom.