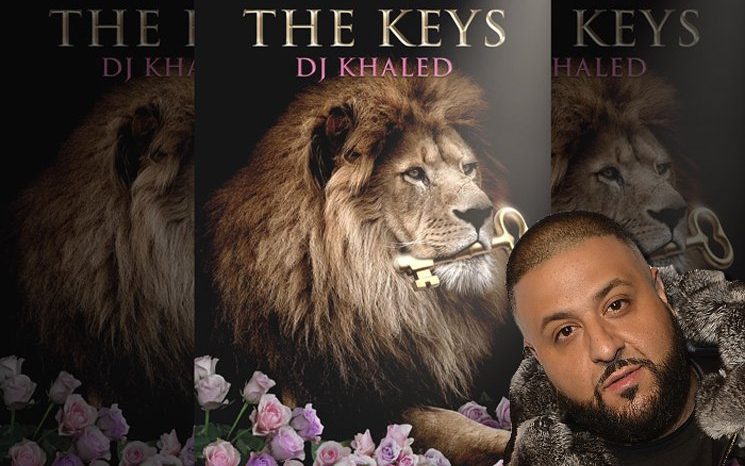 I’m impressed by DJ Khaled’s consistency. Reading The Keys was like watching his snapchats, but with explanations. Meaningful explanations.

If you follow DJ Khaled, you know a few important things: he’s positive, he loves his fans and his life, and he has a lot of catchy phrases. We the best. Fan luv. Lion. Boomin’. The list goes on. Bless up. Another one.

Regardless of whether or not it sounds like hot air, the vibe is infectious. DJ Khaled is who we aspire to be. A mogul who rubs noses with all the dopest cats in the game, but still appreciates his family, his garden, and his jet skis.

I gotta be honest, at first I thought DJ Khaled was the new Jermaine Dupri or Puff Daddy – an annoying mfer who made a lot of noise and was in music videos flexin’ for no reason. At first it’s uncomfortable to watch, but the more DJ Khaled does it, the more you realize that it’s working for him. And then when I got acquainted with his snap, he ended up high on my list of people to meet.

I was happy to read The Keys and find out he’s more than a talker. He has some real shit to say, he just doesn’t use the pretty words your typical inspirational writer uses. Instead of talking about the Universe and how it unites all of us, he simply says, “We the best.” There’s enough room for all of us to win. Unlike the yoga teacher calmly preaching, “be the best you, “DJ Khaled challenges you with his language – “They don’t want you to win.” Most new age teachers say visualize what you desire, but Khaled says, “Don’t chase the money; let the money chase you…chase the vision.”

The book is like the handbook of awesome, and Khaled’s snapchat is the daily practice. Learn how DJ Khaled got to where he is, and why he uses the phrases he uses. Then watch him incessantly practice what he preaches and get inspired. It was inspiring reading about his plans to become a billionaire and his new nickname, Billi. Months after the book was published, he was on snapchat celebrating the success of his latest album, calling himself “Billboard Billi.”

The book was wonderfully woven with catchphrases, celebrity quotes, and tie-ins. For example, Khaled would talk about his early DJ career and how he got an opportunity from producers Cool and Dre. Then he’d have Cool and Dre share how they felt about him – all love, of course.

My favorite part of the book was reading DJ Khaled’s memories of the time before he was internationally known. Seeing someone in his position, it’s easy to forget that he didn’t start off here. It’s easy to think that what he’s achieved is beyond your own grasp, but then he reminds you where he came from. DJ Khaled grinded, then he failed. Then he had to take a year off to get back on his feet. He moved in with his parents, and moved back out once he got his shit together. He got told no, but he wouldn’t take no for an answer. And you know from there, doors just started opening. But he didn’t get to where he is today overnight. He says flat-out, “I’m forty and I’m just now on my way.”

This is one of the best inspirational books I’ve read. Why? Because it makes sense. Perhaps his language is a little closer to mine and that makes it easier to relate. But the keys are simple and easy to apply. You don’t have to be DJ Khaled, you just oughta be more like DJ Khaled. Ride with him on the journey of more success.