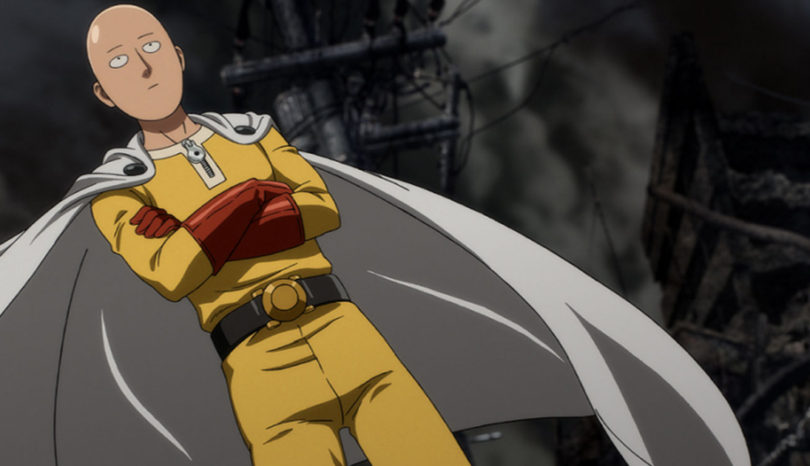 The funniest moment I’ve ever had with my brother. We were at his house talking with the TV in the background when One Punch Man caught our attention. If you’re not familiar, One Punch Man is a show about a man who can pulverize his opponents with just one punch. In fact, he’s so good it bores him to tears so we walks around with this horribly dry face.

My brother and I started getting into the first episode where this dude walks around feeling angst because no battle is a challenge anymore. Then, this mad scientist steps on the scene and he’s made his brother into this supergiant that has nothing better to do that stomp across and destroy everything in his path. Cities just crumble to the ground around him.

One day these dudes are just stomping around, the giant with his mad scientist brother on his shoulder, when One Punch Man arrives. One Punch Man lands on the dude’s opposite shoulder and starts some shit.

Long story short, the mad scientist gets mad, says, “kill that guy on your shoulder,” the giant goes slap and then, he yells, “Brother nooooooo!” Yep. The giant kills his brother just like that.

When I tell you my brother and I were instantly weak, I mean gut-clenching, falling to the floor, tears gushing weak. I took a break from writing this post to laugh about it all over again.

If you have Hulu, watch episode 1 now.