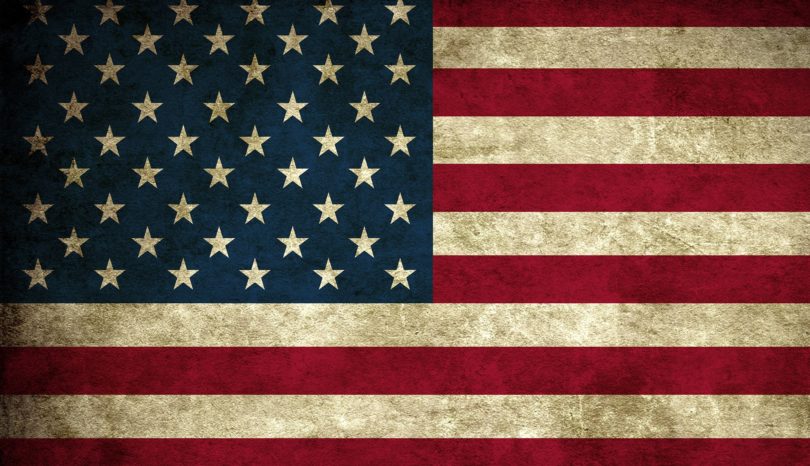 Once upon a time, I went to a baseball game. It was early in the game so I had to stand for the national anthem. No biggie to many. For me it made my back itch.

This was after Colin Kaepernick was called a mouthful of disgusting names for kneeling during the National Anthem, but before the media noticed that he went unsigned due as a result of his peaceful protest.

On this particular day I was in the standing section, but happened to be sitting when they called for everyone to stand. I played the odds and stayed sitting. I imagine the percentage of African-Americans at a baseball game is lower than the percentage of African-Americans at my alma mater, Miami University, but I still took a chance that I would escape trouble by minding my own business. One of my friends noticed and reminded me to stand, as if I forgot.

What’s frustrating to me is that the same people who rally for the flag, veterans, police officers, and dogs, can’t do the same for everyday people. It puzzles me that there’s so much honor in serving one’s country, but so little value in the people in the country. It’s unfathomable to look away when the flag is waving, but killing a child within less than a minute of encountering him with a toy gun is sufficient grounds for his death.

I wish more people could stomach Michael Eric Dyson because he may have said it best. He says there’s a difference between nationalism and patriotism. He describes nationalism as “the uncritical celebration of one’s nation regardless of its moral or political virtue.” Patriotism, on the other hand, is “the belief in the best values of one’s country, and the pursuit of the best means to realize those values.” If you can agree with these definitions then you have to consider the possibility that Kaepernick is more patriotic than than the man who blindly says salute the flag and all law enforcement, even when the law is used to neglect, disenfranchise, or oppress its own citizens.

So often we elevate symbols above values. A flag, a badge, a declaration, a constitution. What about freedom from oppression? What about ‘deriving their just powers from the consent of the governed’? What about the ‘right of the people peaceably to assemble, and to petition the Government for a redress of grievances’?

I can’t lie and say I wasn’t motivated by resentment when I sat at that baseball game. It almost felt like a dare – will you hate me for disrespecting your symbols? Do you really expect me to hold holy a song that was written when my ancestors were considered less than human?

Under my resentment lies a genuine belief that there are things more honorable than false worship: the kind of checks and balances that empower you to investigate your nation’s President, the priceless value of a human life, religious freedoms and the protection of said freedoms, using your power and influence to promote positive change. I can honestly say I’m grateful to the men and women who risk their lives everyday enforcing the freedoms we enjoy in this country while also admitting that there are many things that do not and have not made this country great.

On Memorial Day, I went to a baseball game and I stood for the national anthem. On that day, the gratitude I felt for the men and women who serve was greater than the point I needed to make about injustices in this country. That doesn’t mean I’ll continue to stand without question.

The other day I saw a wonderful post deconstructing patriotism, written by a German man named Jens Böttiger. It read as follows:

In American you show patriotism by attaching a full size US flag on your pickup truck (Or confederate flag for alternative patriotism), singing the anthem before every baseball game, and sending 18 year olds to Iraq so you can later thank them for their service when they roll by you in their wheelchair in Walmart.

In Germany we show patriotism by voting for higher taxes on ourselves to make healthcare and college tuition universally accessible to our less fortunate fellow citizens, and by picking up after one another to keep public spaces clean and nice for everyone.

I guess it gets lost in translation.

I guess I could’ve skipped my whole post and just shared his words. It’s amazing how others can see so clearly what we cannot.

2 thoughts on “The National Anthem.”