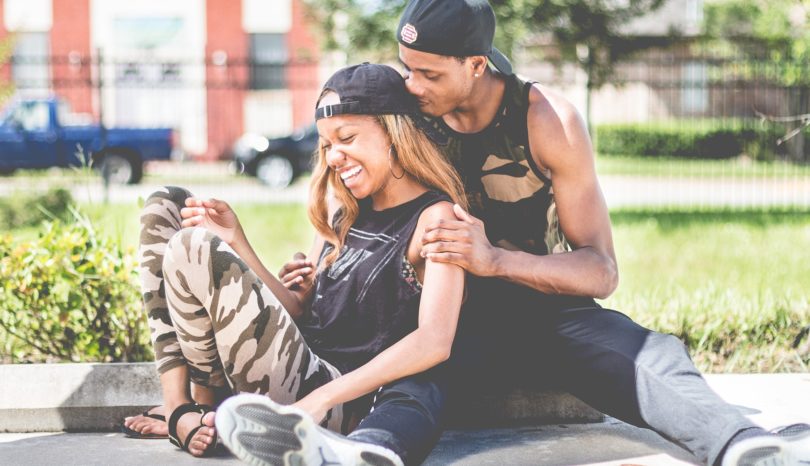 I’ve always been fascinated by the concept of cuffing season.  Mostly because it’s forsaken me the past few years. When the air gets brisk, my mind entertains thoughts of holidays with bae and getting dumped after New Year’s (definitely before February 14th). Yet nothing happens. My DMs stay dry, my legs stay cold, and I go on “dates” with the same five friends year round. It’s actually been pretty awesome – I’m living my best life right now. So, as you would expect, when cuffing season did find me, I wasn’t ready. If bullets are cupid’s arrows, then Neo is my spirit animal.

It all started about a month ago (as it apparently does every year). I’m minding my own business, hair long, skin flourishing, smile on “Bam!” when this guy tries to pull me at the car dealership. I forgot myself and gave him my number (I must have been in a good mood.) Two things happened that day. He tried (and failed) to disrupt my plans to do “nothing” that evening , and I found out I wouldn’t have been allowed to sit with him at the bar if I did decide to go out. Womp womp.

What proceeded were weeks of me being an asshole. I didn’t want to outright tell him I didn’t see it going anywhere, but I also felt in my soul that I was happier single. He eventually got wise and moved on before it got too late in cuffing season. I wanted to be sad, but ultimately it was better for both of us.

So again, I’m minding my own business, flying to new states and shit, just loving life. I barely step my toes off the plane before the guy handing me the keys to my car rental asks for my number. Let’s just say it was awkward when I dropped the car off a week later and he was right there.

“I was sitting on the plane right behind you!” said the next guy. This is literally how huffy dude got when he tried to make small talk and I made it clear I had never seen him before. The flight was a redeye. He still asked if I had a boyfriend. I lied. My brother was picking me up from the airport, but I was absolutely going to pretend that bro was bae if the dude even looked like he might follow me from baggage claim.

I am actually considering wearing a wedding ring now, like, “Yep, that’s why I have two last names! Dang…”

I say all this to say, I’m done. I’m not impressed. Unless some miracle of manliness wanders into my life before October 31st, cuffing season can miss me with the bull. In fact, I’ll be happy as shit. I’ll go into hibernation like Mother Earth intended and says watch every single movie the Hallmark channel created for me this year (just kidding, I’ll watch more Golden Girls).