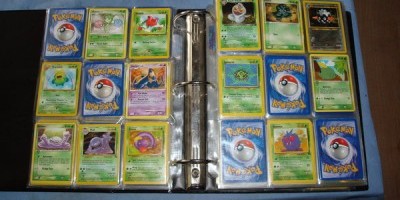 I feel like all the famous people had wild ass stories and maybe it’s no coincidence. Maybe that’s why they’re out doing amazing famous people things and I can go to my old high school and be mistaken for a sixth grader. I’ve only read a couple chapters of Kevin Hart’s memoir and they’re already wild. When Kevin was a wee youth, his dad was sent to jail for a crime he didn’t commit, and then he came out reckless. He did things like let Kevin drive a boat into another boat, and drop Kevin off at “camp” at a random Catholic school. Meanwhile, in the other part of the world, Trevor Noah was busy burning down his mother’s boyfriend’s garage. Maybe it’s not a famous people thing, maybe it’s a comedian thing. Maybe you learn to be “laugh at your pain” by dealing with some wild shit.

My point, though, is that my childhood was boringly easy. I mean skipping a grade? Yawn. Technically, I spent half a year in second and half a year in third, but who cares? Actually, I would tell you all about it except I barely remember anything. Despite getting glasses that very same year, it was mostly uneventful for me. I continued to be smart, nobody bullied me, I made friends. Actually, that was the year I met my first best friend, so let’s talk about that.

I’ve always had a special fondness for guy friends. Why? Because they remind me of my brothers, except my guy friends actually hung out with me. I love having brothers because they’re protective, but also indifferent. They’ll talk to you about anything and there’s no danger of them getting jealous or catty because that’s not what brothers are for. Oh, and you can bug the shit out of them, and they’ll just take it. For a great deal of my childhood, I called my middle brother’s name over and over and over…it’s not to say that they didn’t tease or pick on me, I just got used to that part.

So when I met my first best friend, Corey, he was nothing I wasn’t ready for. My mom says he was bad. Like, I yell at the teacher and think I’m a gangbanger bad. I think I knew he thought he was tough shit, I just didn’t care.

I walked into third grade with one goal, to make school my bitch. And I did. According to my mom, I raised the class curve. Apparently, a bunch of eight-year-olds don’t want a seven-year-old girl showing them up.

Even now I would have thought I’d get bullied at recess. And maybe they tried. My offense was a strong one, though. If anybody came at me crazy they either got kicked (my favorite attack at the time) or called a donkey (because crossword puzzles taught me that donkey is a synonym for ass). Eventually, people stopped picking on me and started talking to me about Sailor Moon and Pokemon. Maybe that’s why Corey followed me home one day.

I love how my mom describes meeting Corey. She says she came home from work, walked into the living room, and asked my brother, “Who’s that little **** playing with her?” She admits that the controlling part of her wanted to cocoon me against the world, especially bad little kids. Unfortunately, for her, she played it cool, so Corey kept coming back.

Day after day after day he would hang out on my porch and talk Piccolo and Pokemon cards. Once he was even allowed inside. I remember watching a Tenchi Muyo movie that day that was far too inappropriate for kids under the age of ten, but I think our supervision – likely my brother –  was lax that day.

Most of the time he was on my porch, though, talking shit. Trading our extra Pokemon cards.

One day, we got so hype about our Pokemon cards that I whipped out the Pokemon game board I had folded up in the bottom of the tin where I kept my favorite cards. The game was confusing and complicated, but we took a stab at it. I gathered all my flashiest holographic cards and tossed in 4 out of the 400 attack cards I accumulated. To this day, I still don’t know how to play actual Pokemon cards.

After a failed attempt at any meaningful gameplay, we decided to go back to negotiating card trades. I had an ugly ass Mewtwo card that looked mean and vicious like a high school mascot, and he had a Mew card that reminded me of cotton candy and puppies. He put up a small fight about trading his Mewtwo, because he was a clever little fucker, and then gave me Mew. After he secured Mewtwo he declared that I had given up the better card. Mewtwo had more HP, which meant he would last longer in battle (battles that I never played again, but still). As much as I enjoy cute and cuddly, I was pissed. I wanted my card back. Corey wasn’t that nice of a friend, though, and I’m not sure if I was allowed to trade cards with Corey ever again. My mom told me she didn’t like him walking away with her hard earned money, and it’s not like he ever shared a Charizard or something rare or useful.

Our geeky coolness is probably the main thing that made me and Corey friends. I remember us comparing our Game Boys at a school function one night. I think my mom had just given me the Game Boy Advance, but he took it fairly well. We even talked about Toonami. Sailor Moon and Dragon Ball Z were life back then, so much in fact that I had to press record on blank VHS tapes every time a marathon was coming on. Those were the days.

Unfortunately, nothing lasts and I moved to a land far, far away just before the 7th grade. Due to a major oversight on my and my mom’s part, I lost touch with that dude for years. No Apple Core, no preteen love story, no Mewtwo card. Then one day five or six years later, while stalking the musical selections of my crushes on Myspace, I found him. Turns out, he hasn’t changed much. We’re both still geeks and mean as hell.