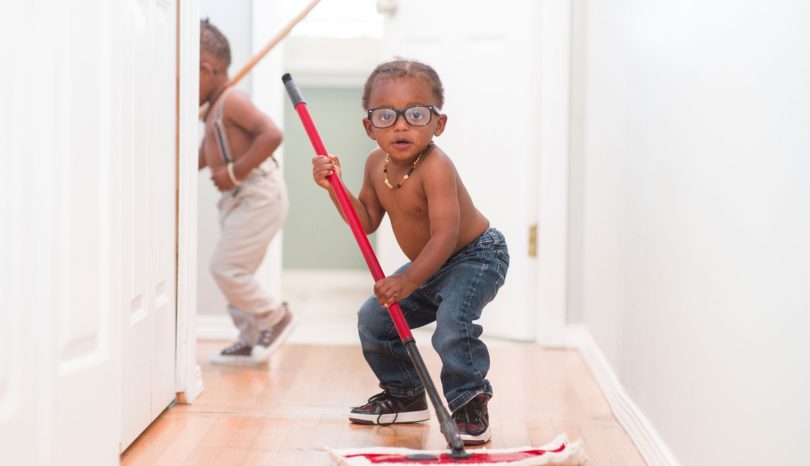 I’m the baby of my four siblings, so I haven’t had the pleasure of picking on some poor helpless child…until recently. Yep, thanks to my extended family, I now have a whole slew of nieces and nephews I can pick on. My oldest nephew has some of my personality traits, so he’s not the best person to pick with. He’s the type to bear hug me until I can’t breathe and tease me about being shorter than him. So, I’ve chosen to pick on the younger, more impressionable ones, particularly my nephew Anthony.

Anthony is special to me, because we’re not related by blood, but he’s been around since he was a wee month old and I let him fall off the couch. I’ve seen him grow through his pre-pubescent ugly phase into a talkative, hilarious young fellow and now the fun is really starting to kick in.

You see, Anthony has a lot to learn about life, and I feel it’s my personal responsibility to teach him all the important lessons I learned in my own childhood. I teach him how to math, how to clean, and also how to find things. The last two were more fun than the first.

The other day, Anthony was off playing when I decided to sit where he ate dinner. It was disgusting. Normal for anyone under the age of seventeen, but beyond comprehension for me. Crumbs everywhere, smudges on the table, leftover plates and garbage. Just plain disgusting. Could I have cleaned it up in 30 seconds? Yes. Did I spend the next ten minutes teaching Anthony a lesson? Also yes.

So, I called Anthony back from playing with his toys and asked him to observe the table. To observe the crumbs, and the garbage, and the smears. And I told him it was his job to clean it. So he began. He took his residue lined bowl to the sink and filled it with water.

“Fill it up to the top so all the gunk will come off.”

Then, he came back for the garbage. My mom helped him out by stacking miscellany for him to carry away, but I found yet another miss on his part.

“You see that garbage?”

“Why is it overflowing?”

And thus Anthony pushed the garbage deeper into the garbage can. But there was still more work to be done.

A lone napkin remained covered in crumbs. I figured I’d help him prevent a catastrophe and warned him what to do next.

“You see this napkin here? You can do one of two things. You can casually pull the napkin off the table and spill all of the crumbs on the floor…” and drive me raving mad… “or you can carefully pull up the napkin by the corner to prevent the crumbs from falling off.”

The day was saved, and he took the smart route, the route less traveled by youngsters his age.

But there was still more.

“Anthony, you see these smudges? You need something called Windex. Go look for it under the kitchen sink. It’s blue and in a spray bottle.”

Anthony proceeded to the cabinet under the sink and, as expected, found nothing there.

“Is it called Dawn?”

Suddenly, I felt a deep roar in my chest. The calling of generations of traditions and most strongly, my mothers voice. I couldn’t restrain it.

Flashbacks hit me of all the millions of times I walked into a scavenger hunt I hadn’t signed up for and was reminded that my whole entire life would get snatched if my mother had to get up and find the thing that she had sent me for. I was positively tickled.

Luckily, for Anthony, I was also sensitive enough to acknowledge the many times that my mother asked me to find things that were very distinctly not where she told me they would be. I would look in the top drawer four times only for her to come and check it, and then find it in the bottom drawer. I would look in the closet in the hall, only for it to be in the closet in the bedroom. And so on and so on. I never got an apology. I was supposed to find it anyways.

But I took pity on the poor lad, and I double-checked under the sink. And I moved the Dawn.

“What’s that under there?”

See, I had become my mom, but I had also surpassed my mom. I had, in fact, known where the Windex was located, and I also mercifully chose not to snatch Anthony’s entire life for making me get up. Though, I can’t guarantee that I’ll be so kind when my bones start to creak.

After that Anthony proceeded to spray and wipe the table in the exact manner I told him to. “I want to see my reflection in it.” And eventually I did. So off Anthony went to play with his toys.

Ten minutes later I called him back into the dining room.

“You left something here that wasn’t here before you came.” This time I drew upon the spirit of my high school choir teacher’s grandmother, who apparently always told him, “Leave the room better than you found it.”

Anthony looked around dazed and confused, and I amused.

He had forgotten the Windex.