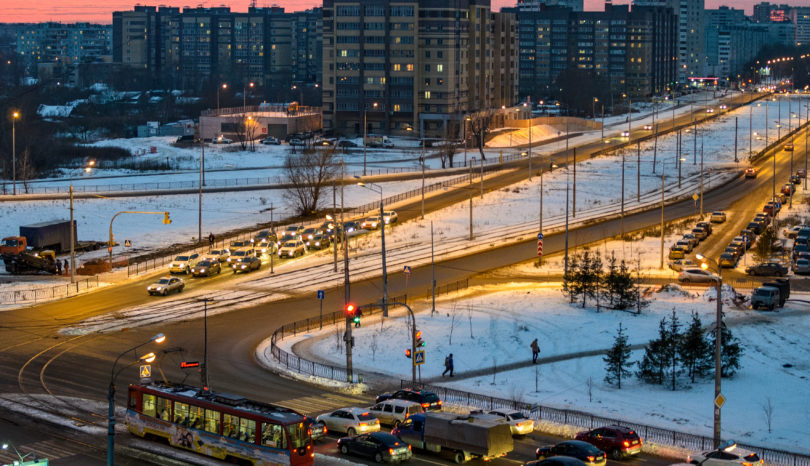 I grew up in the shadows of a steel mill in a roughneck midwestern town. The kind of place where the youth view graduating and getting out as worthy of a lifetime achievement award.

My parents are close to life-long residents of this rustbelt town. This town is the world they know. Their understanding of the world outside the town comes from brief experiences and glum depictions in local newspapers and fear mongering mainstream media outlets.

Several experiences during my teenage years stimulated curiosities to know the world outside of my hometown. I speculated the world couldn’t be as dangerous as the media let on or as scary as my parents seemed to believe. Just graduating and getting out couldn’t be a measure of success. I decided to prove to myself and my parents that the world was not so big, bad, and scary.

Here is my first of three stories from my travels outside of my town that I believe challenge that big, bad, scary world notion.

It was one of those archetypal Russian winter nights in the city of Kazan. The temperature was negative so much that the number stopped mattering. Two feet of snow covered everything. The wind blew so hard that if you walked against it you would get nowhere and if you walked with it you feared getting lifted off the ground.

It was late. I missed the last train to my side of town so I took the last tramvay headed that way. It was roughly a 30-minute ride. I was the only passenger. I sat in the very back with my arms folded tight and jaw chattering uncontrollably. I was as bitter as the wind. The windows were open on the tramvay. I realized I should move up front to get out of the line of the wind but I had nothing left in me. I couldn’t move.

I made eye contact with the ticket collector as I was thinking about moving seats. He was an older man who wore the bitterness of 65+ of these winters in his eyes. He looked tough and tired.The lines of his face persuaded me that he didn’t smile often. As I looked at him he stood. He made his way toward me. I thought maybe I looked at him the wrong way. In my head I rehearsed my helpless-foreigner-trying-to-speak-the-local-language line – Ya nee ponedelnik. That means I am not Monday – this would come across as an obvious attempt at saying I don’t understand. I figured that would quickly de-escalate any confrontation.

Before I knew it he was standing before me and we stared each other down like two boxers at a promo photo shoot. He put his left hand on my right shoulder and with his right hand motioned for me to follow. I didn’t need my phrase; he knew I was not Russian. He turned and walked and I followed. Halfway to the front he turned around and motioned for me to sit in a specific seat. As I began to sit he made his way back to his spot up front. Once I settled into the seat I was met with hot air blown from a forced air vent on the floor of the tramvay. It was glorious.

I shot a look at the old ticket collector. He was already sitting and looking my way with a smile on his face. I smiled back. The bitterness I had entered that tramvay with was blown away by the thoughtfulness of this stranger and, of course, the hot air.