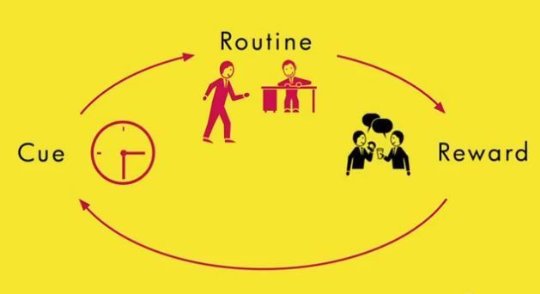 In college, I needed an excuse to study people and their behaviors so I minored in sociology. Now, I read books like The Power of Habit and go, “That’s fascinating” in the nerd voice that lives inside my head. I immediately knew I would like this book when it started to remind me of Malcolm Gladwell’s books. I enjoyed reading Tipping Point and David and Goliath because Gladwell makes points about behavior by sharing actual stories. I neither enjoyed psychology nor history, but somehow marrying the two with social patterns makes it all interesting. Now let me convince you.

I learned a little about basal ganglia and parts of the brain, and our inability to differentiate between good and bad habits, but our ability to delegate actions to habits to minimize the amount of effort we exert making decisions. But that’s not as fun as the stories. The stories will change the way I feel about certain products, companies, sports, and people for years to come.

Here are the highlights:

Looking at this list, I’m impressed at the number of unique examples of habits in action the author was able to draw from. He winds the book down with a brilliant conclusion that answers directly to the title. What is the difference between a man who is acquitted of killing his wife during a sleep terror (when his mind is not conscious) and a woman is held accountable for gambling away all of her family’s money? The woman was aware of her habit, therefore, she had the power and the responsibility to change it. If you want to do the same, you can follow this three step process:

This book was both creepy and inspriational. The creep factor is especially high with Target and other companies who know my entire life and manipulate my habits to their financial advantage. But it also seems very possible to create a lots and lots of positive habits in my life simply by changing one keystone habit. Change is good.