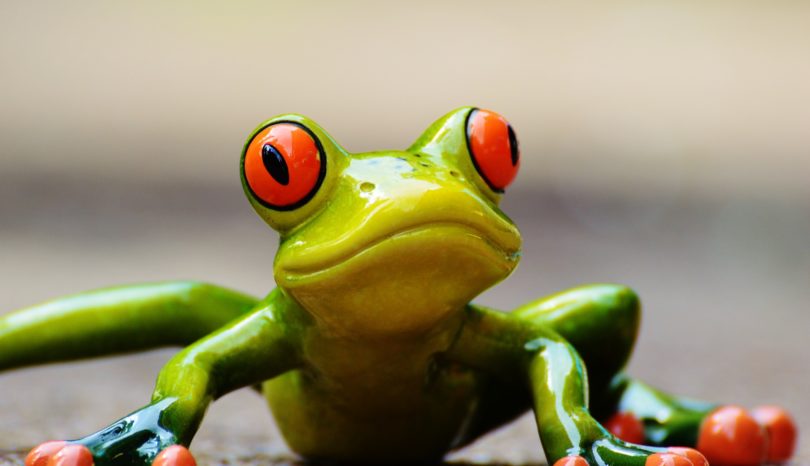 They say you only retain about 25% of what you’re taught. If you’re lucky though, the crap you retain will actually be meaningful in your life. I got lucky at least once in my professional development life, and I’m here to tell you all about it.

Once upon a time I attended a project management workshop, and all I remember is the phrase “eat that frog.” Eat that nasty, gross, icky frog that I know you don’t want to eat, just to get it out the way.

It turns on that term was totally plagiarized and there’s a whole book dedicated to the topic (google “Eat That Frog”). The general idea is that you should do your most difficult tasks first thing in the morning. Nobody wants to eat a frog, but if you go ahead and devour that sucker, the rest of the day looks a lot easier. They could have just said that, but I’m pretty positive I wouldn’t have remembered it (that’s marketing for ya).

I tell you, the phrase actually conquers procrastination. My frogs are exercising, writing, and completing work projects with hard deadlines. Whether or not I “eat that frog” determines how my day goes.

I’m not the type of person who gets more productive as the day goes by. Nope, I’m the type to gradually get more enamored by my bed as the hours pass. I’m the type to start planning my margarita flavor at 2 pm. I’m the type who can work on a low priority task for hours and convince myself that I’ve done enough.

Today I ate that frog before 10 am and it was awesome. I started the morning dreading this one project. I resented that I had to do it in the first place, and the fact that it was challenging didn’t help. But before I got into anything else, I sat down and did it. It ended up taking me about an hour (a 1/3 of the time it would’ve taken after 1pm) and after that I celebrate appropriately because I had done that which needed to be done. Everything else I accomplished after that was just a bonus.

Amazingly, the high from being so awesome first thing in the morning lasted for several hours…until it was replaced by a desire to read books in a hammock. The point is, I actually deserved that hammock, because I already ate that frog.

Eat that frog first thing in the day. You’ll thank yourself later.