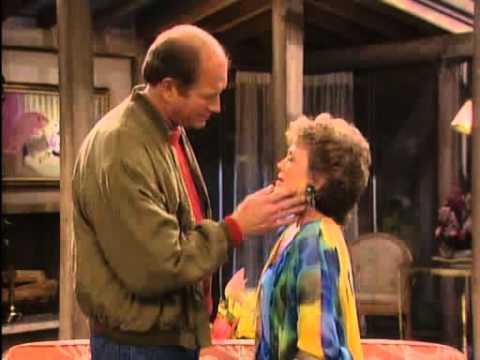 “I don’t want to be treated as your equal. I want to be treated a lot better than you.” Blanche Devereaux made me sit up when she said these words. No, I wasn’t up in arms, I was in full agreement. What felt wrong and contradictory to say, was said plainly. Suddenly, I felt it was okay to be honest about what I wanted as a woman.

Blanche was explaining to her date, Jerry, that everything he’d read up on modern women wanting to be treated equally and pay their own way was grossly inaccurate. In fact, it had driven Blanche to write Jerry off entirely before falling “desperately, completely, helplessly in love” with him later that same episode.

I guess what was most refreshing about the statement was that it boldly highlighted the conflicts caused by what we call feminism. While many feminists argue for equal pay and against being sexualized, I don’t hear so many women clamoring to pay for every meal and otherwise be treated “equally” by men. I personally would holler if someone implied I was less capable of doing something because I’m a woman, but I also appreciate when a man takes me to dinner. To be even more candid, I like having my door opened or my meal paid for, but I will not hesitate to take the lead when I want to.

No wonder poor Jerry was confused!

But maybe it’s as simple as this–perhaps feminism is simply the belief that women are people – people with varying beliefs and ideals. We’re not all princesses or fairies or delicate damsels waiting to be saved – some of us are – but that’s what makes us individuals. Being classified as a group should not automatically require that we be treated as less.