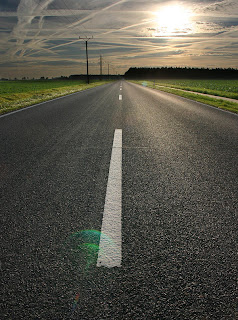 Right now, in this very moment you have the ability to change everything about your future. You already knew that, though thanks to the theory of determinism. All your future actions will be the result of previous actions. Cool, now let me share the really enlightening information.

Atheists will think I’m being sarcastic when I proclaim that the only way to get anything meaningful done is to pray. I guess it will help if you know something about me: I’m not atheist.

I’m a believer who, like the majority of believers, occasionally becomes a nimrod and goes astray.

Surprisingly, since I found God I’ve never had a reason to question his existence. It seems a large number of people go through rough stuff and then start playing “the blame game” or give the outcry “Why would God let bad things happen?”I don’t necessarily have an answer for the former question I’m just contented in knowing everything happens for a reason.

You know how death sucks so much? And how there are constantly new ways to die despite all the shit we cure? Sometimes I tell myself, “If people stopped dying there wouldn’t be any room for the new lives being created and that’s not fair.” Doesn’t mean I want to die though…

When I go astray I sometimes I forget to acknowledge the role God has in my life. He’s way back there, back in the back of my distracted mind. I’m getting overwhelmed by all this crap outside my control and just sit on it.

But as always, I eventually get fed up and remember to pray. I suggest you too spend one less second carrying bull and a couple more praying.

My personal testimony: relationships worth building liven up, questions get answers, inspiration finds you, and beautiful stuff in general starts to happen. A couple prayers and days later I’m really feeling this stuff. Better than cocaine. (Not that I would know what cocaine feels like.)