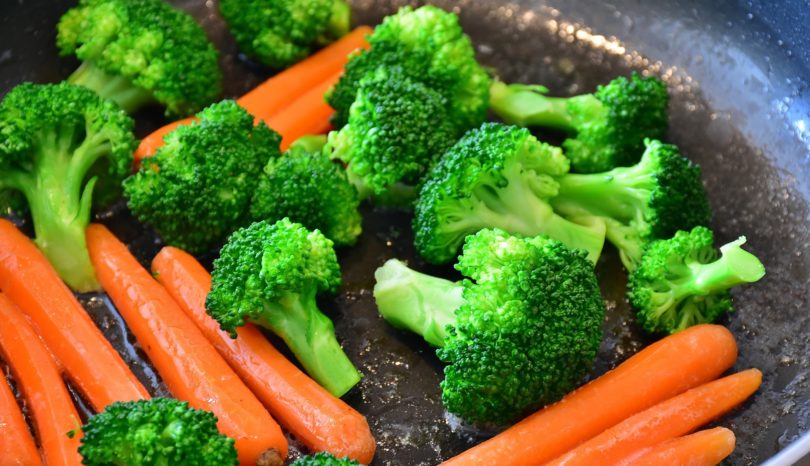 About two weeks ago I decided to try being vegan. I think I hoped that something would spark inside me and make me want to stick with it. Saying “I’m vegan” is just so much easier than saying, “I eat dairy and meat substitutes to avoid the chance of stomachache…unless it’s something really good like a cookie or a ribeye in which case exceptions must be made, but I’m really gonna try to eat less meat because it means I can afford to eat more bread. Also, I might be allergic to eggs.” Yeah, way easier.

For seven days I made rice and broccoli and dairy-free grilled cheese sandwiches and staunchly avoided Chipotle and sushi and other things that bring me joy.

The trouble is, unlike this blog post, I began with an end in mind. I knew that at the end of my vegan week, there was going to be a holiday party with free food, and I knew that would be the end of my vegan life. That Friday, I left the holiday party buffet disappointed. My plate consisted of green beans, carrots, mashed potatoes, and a chicken breast. There was no ribeye. Apart from the possibility that my green beans and carrots were heavily buttered, neither was there a great challenge to my vegan lifestyle. I ate my sad, mediocre chicken breast and immediately felt as if I’d compromised too soon.

You know what I did in the days that followed? Got Chipotle. Then dairy-free grilled cheese. Then more chicken. And I’m back to where I started.

I have a tendency toward spontaneous short-term commitments driven by manic episodes of overconfidence. Also, I keep forgetting the word that means both reckless and spontaneous, yet it keeps coming up.

Nothing bad comes of these decisions, but nothing great has happened either. Instead, I’m in this weird limbo where I’ve accomplished something and absolutely nothing at the same time. At least that’s what it feels like. I feel like I’m wandering around trying to create the best version of myself and failing repeatedly.

Some say there are lessons in failure. (I heard this in an awesome movie recently.) Maybe they’re right. Maybe I’ve gained something from all this random trial and error. Maybe I’m a better, wiser, more experienced person. And maybe, just maybe, I’ll have to wait until I’m seventy-five years old to finally say “I’m really glad I did that.” That would suck, though.