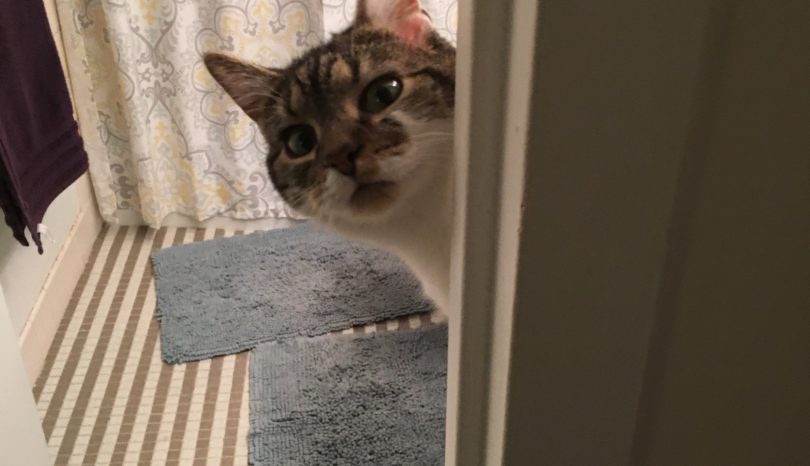 A few weeks after I agreed to become a long-term cat-sitter, my sister moved Henry, Albie, and all of their accoutrements into my apartment. I quickly went from enjoying my solo existence to sharing a space with two new four-legged roommates, a litter box, and a five-foot-tall cat tree.

The actual arrival of the cats was a lot less dramatic than I expected it to be: my sister transported the boys from their cages directly into the litter box–“Now they’ll remember where it is!”–and then instructed me to let them explore their new home at their own pace. Albie immediately began moseying around and sniffing everything in sight; Henry, in a move that resembled my behavior during freshman orientation weekend at college, bolted under the bed and hid there for the next seven hours.

While that exploration (or lack thereof) took place and my new roommates’ realness began to sink in, I peppered my sister with a series of cat care questions. The full interrogation lasted long enough for Henry to start cautiously peeking out from under the bed, but the items below struck me as the most important (and struck my sister as the most hilarious):

By the end of their first day in my apartment, Albie seemed pretty content with his new abode, and Henry emerged from under my bed to finally scout out the space–when I sprawled on my couch to watch tv, he even curled up for a short nap by my feet. I may have even let out an accidental “Awww!” It was an unexpectedly cute way to cap off the cat nephews’ arrival…and a wonderful misdirect for how the rest of that week would go.