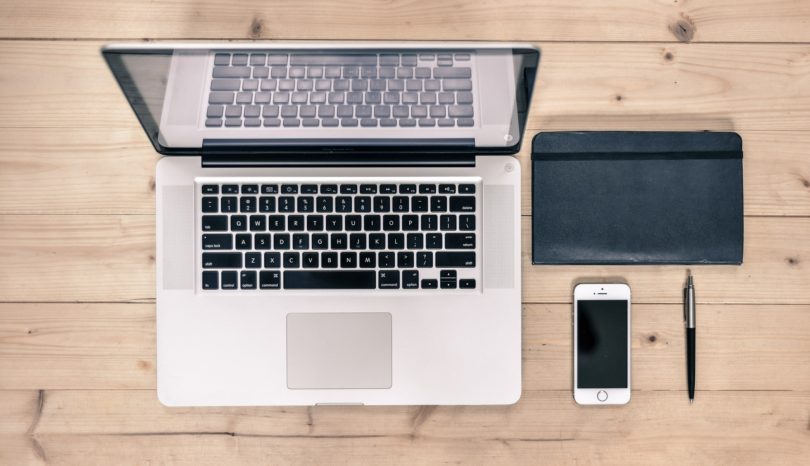 With 96 hours between me and the end of Spring, I set to work tidying Marie Kondo style, and I’ve come to the conclusion that tidying is as rewarding as they say. But also it’s a complete and utter shitfest.

Here’s a review of the past few days.

This is the day I set to begin tidying. I made almost no plans for the weekend and garbage day was Monday, so conditions were perfect. (Anybody catch that reference?)

Unfortunately, I also made the shitty decision to wake up at 5am to run my cousin to the airport. Surprisingly, I felt good throughout the morning, and planned to stick to my schedule.

I continued to plan for several hours while delaying what I knew to be my first task, dumping all my clothes in one spot and deciding one by one which sparked joy. It may have been about 2 o’clock when I began grabbing clothes. Clothes from drawers, clothes from my closet, clothes from my other closet, clothes from bins I never open, and coats from the hallway closet. The only clothes that were safe were the ones in the wash room, and I was grateful for that.

It wasn’t until I had effectively destroyed my living room that I started to feel exhausted. Someone less OCD than myself may have taken a nap then and there, but no, I had to persevere. I had to return my living room to a state where I could see my entire floor and safely enter and exit the room.

I should also note that five minutes into tidying I had already injured myself – a nice painful gash on my right thigh and a sprained feeling up and down my hamstring. No bueno. I popped some Advil and kept going.

My favorite part of tidying was watching my dog take naps on different piles of clothing. She found my jeans, and then my shirts, then my coats, and I couldn’t be mad because she had literally nowhere else to go.

Fortunately, God smiled upon me and blessed me with an Indians doubleheader for entertainment.

At about 10pm I was running out of steam. While I had filled my trunk and backseat with bags to discard, I still had to get rid of the remaining five million tons of clothing. Do you think I took a nap? Hell no. I took a Starbucks refresher. I remembered that I’d bought a box of Very Berry Hibiscus refresher potion to get revved up at home. Mixed with a water bottle, I had 16 ounces of psycho juice. Today I call it psycho juice, because I am not sure I can ever have it again.

Usually, the effects of any energy drink I have wear off in about four hours. In this instance, it ruined my life for at least sixteen hours. At least. And I started drinking it at 10pm at night.

So yeah, that happened. Long story short, it wasn’t until 5am until I felt it was possible to go to sleep. Just before the sun came up, I lay in my bed, heart racing. I was back up two hours later. So yeah, don’t do what I did. Marie Kondo says tidy everything in one fell swoop, but she did not intend for someone to do it in less than a week. I’m just an overachiever with slight OCD.

I was back up again at 7am, and the next category for me to conquer was jewelry. I should mention that I was constantly referring to The Life-Changing Magic of Tidying Up’s companion, Spark Joy, and according to Marie Kondo, jewelry is a subcategory of clothes, and each time you conquer a category or subcategory, you have to aggregate all relevant items, discard any that don’t spark joy, then sort.

I wasn’t ready for my jewelry pile to be as big as it was. For the past few years, my jewelry has been in five different places, a bin under an end table, a tiny jewelry box, a bowl a former co-worker gave me, a jewelry tray, and a jewelry mirror armoire. It’s not until you pull all of the things out of all of the places that you realize how ridiculous your life is. It’s further complicated by the fact my mom created and gifted me jewelry for a decade of my life. Bracelets on bracelets on bracelets. That took me a solid five hours. I still use the bowl, jewelry box, jewelry tray, and armoire, but it looks a lot prettier now.

By this time, I was running purely off of that Starbucks refresher and a sense of purpose. I was starting to see the change in my rooms, and I knew what I could achieve if I kept going. The adrenaline created by that combination pushed me to keep going, but before I moved onto the next category, I decided to fully discard all my clothes. I took about three bags to a clothing store to be sold, and the fifteen remaining to the Goodwill. The Goodwill was super easy to donate to, and I’ll absolutely do it again. Selling my clothes was annoying and only worth while as far as it helps me achieve my goal of buying a Polaroid camera. Since I see it as a reward for my hard work, I just don’t want money coming out of my paycheck–that’s a penalty.

In the end, I got about $20 for the few clothes they wanted, but at least I had successfully discarded a whole bunch of stuff I didn’t need. Yay me!

After I ran my errands I made time to acknowledge Father’s Day so that cut into my tidying, but I managed to shred and discard two bags of paper before the garbage truck came Monday morning. Papers were not the next category, so I stuffed away what I had left until a later time. My next task was books.

On Monday I woke up wishing it was a holiday. Surprisingly, it wasn’t so that I could make up the hours and hours of sleep I skipped. I wanted to keep tidying! I’m sorry to report that I don’t get free time off for life-changing projects, so I couldn’t get back to work until Monday evening. My living room had been cleared, but it soon came time to ruin it again with all five million books of mine. Thus, round two began.

Once again my living room was completely covered, but now with stacks of books. As someone who intends to collect enough books to make a personal library, I was initially reluctant to give up any, but Kondo made a strong argument. I ultimately agreed that my library could only contain the best, and I dumped a bunch of things I can’t even remember what now. That’s now I know I made the right decision. I kept a whole bunch of things, too: mysteries, positive books, investing and writing books, American classics, African-American classics, young adult titles and miscellaneous best-sellers. I didn’t feel guilty, because they all spark joy!

After books I moved onto DVDs and managed to fit my remaining entire collection in half the space they originally took. I got super geeked, because I had been worrying where I was going to store the little knick-knacks I know I won’t be able to part with and I created a space for them that easy.

Oh, and I also whittled down my hobby section – if only a little – so that I could store all my supplies in sight in my main closet. If in the next month, I paint something just because I can, I’ll become one of those testimonials at the end of Kondo’s next book. “Oh, my gawd, she changed my life! I picked up painting again!”

Now, I had originally planned to resume my regular schedule – 5am rise, 9:30pm set – but reaching my end goal was so tantalizing that I once again received no more than six hours of sleep. By this time I’d accepted that my reliance on makeup for the week was going to be greater than normal.

Tuesday was the last day of spring, the last day that my tidying marathon should be considered spring cleaning. There’s no reason I had to finish cleaning by June 21st other than the fact my friend mentioned that I could and I said, “Challenge accepted.”

When I woke up, the surfaces I had cleared over the previous days made me smile. My goal of having my rooms look like they were ready for an HGTV open house – complete with the fake plants – was in sight, so after a long day of work, and another hour of selling and dumping items from Monday’s discard pile, I went back at it. The largest outstanding area of space that I could tackle on my own was my bathroom.

Though it wasn’t in bad shape, I cringed at the thought of sorting through the collection of lipstick I never wear, Bath & Body works soaps I had bought in bulk, and the hair supplies I thought I might use.

At the end, I hadn’t discarded discarded a crap ton of items, but I noticed a significant change. Everything had a home, a concept that Kondo describes in her books. When things have a home it makes day-to-day tidying super easy. Instead of having five places for certain types of things, having a single place makes it super easy to put things away.

At the end of the day I still felt I had days of work ahead. I needed to tackle all of the komono, small miscellaneous things, that I piled into a few boxes in my room. I clearly wasn’t going to complete my tidying marathon before summer hit, but that’s ok. I’ve learned and grown a lot already.

For one, I learned to keep your parents out of your affairs. No matter how much your parents have taught you, they are flawed human beings that may work counter to the cause. My mom tried several times to convince me to either keep things I don’t need or abandon the project altogether. Nevertheless, I persisted.

I also learned that it’s true when they say estimate how long something will take and then multiply it by three because you’re probably lying to yourself. I honestly, started off thinking I could done in a weekend even though I vaguely recall Kondo saying it usually takes months for a full house.

Finally, I learned that even an underwear drawer can spark joy. For the past several mornings I’ve looked at my clear surfaces and smiled. I’ve looked at my bra drawer and glowed. And I looked in my closet and jumped for joy.

That’s all it’s really about, anyways.