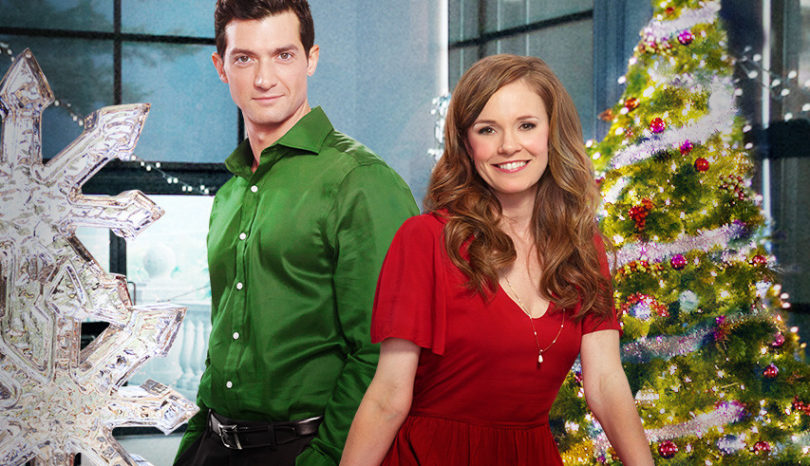 I am dismayed at your lack of creativity, lack of innovation, lack of pizzazz. You continually disappoint me with your antics. I don’t ask for much. You’d be better than Lifetime if you found as many unique ways to fall in love as Lifetime does to drive a woman to mental instability. I’d actually adore it if you played old detective shows on repeat – this used to be your niche. Now you think you’re Netflix and you’re out here trying to create your own content.

It’s garbage. Not even hot garbage. The kind of garbage you see in New York. It’s so pervasive you can’t even pay mind to it anymore. I hate turning on the channel. Let me explain why.

Today I was having a conversation with my mother. For some reason, she relentlessly watches the Hallmark Channel and Hallmark Channel Movies and Mysteries. I guess it’s because she finds it meditative like staring at a blank wall. She mentioned that the Hallmark Channel was holding her over, but the really good programming was coming in November. I was instantly inundated with images of angry white women at Christmastime. The women are bitter workaholics and thus hate the rare and beautiful white Christmases. But no, my mother told me, there’s a movie about a woman who does ice sculptures as her side job that’s worth watching. I laughed and told her we’d already seen that movie. The one with the redhead who was a chef, but did ice sculptures for fun. It had enough variation from the angry workaholic woman to be watchable, but still with enough of the whole “that man is my friend and now he’s more than a friend but I’m timing my emotional breakdown so that it sabotages the entire relationship just as it’s getting going.”

What shocked me is that my mom confidently told me that this was not the ice sculpture movie she was talking about. This was a new ice sculpture movie. Well, I’ll be damned. At that moment, I knew you’d sunk to a new low, Hallmark Channel. You’ve repeatedly cast the same five B-level actors, repurposed the same exact plot, and played fucking holiday movies all year long, but two ice sculpture movies is something I can’t forgive. The last time I saw an actual ice sculpture was at all a ball for bougie black people. This isn’t an everyday Christmas thing. Jesus wasn’t laid in the manger next to an ice sculpture. What is the meaning of this? What execs approved this? I need their address so I can send them a new script I wrote for Lacey Chabert about yet a girl who works at a vegan bakery. See, now it’s different.

Where is your pride, Hallmark Channel? Where is your talent? Where are the women of color? Do you mean to tell me that only former Full House cast members want to star in your shows? I would just love to see Priyanka Chopra in a Hallmark Channel mystery. You could even reuse an entire plot starring her. I might let it slide.

Or better yet, just go back to the good stuff. When I went to L.A. last weekend I was up at 12 AM PDT (3 AM EDT) and noticed a delightful middle of the night line-up: Murder, She Wrote followed by Diagnosis Murder. And oh my stars, they were on the Hallmark Channel. It was past my bedtime so I went to sleep and decided to try again in the AM, so naturally, I was pissed to find that the classics had been replaced with fucking Aurora Teagarden mysteries. She will never be Jessica Fletcher. Why is she here? Why has the queen been relegated the hours of the dead?

I want you to fix this and fix this now. I can take no more. I need mystery, I need love, but I also need a world free of this insanity. I’ll give you 65 days to respond. That should allow you enough time to air all 12 of your new Christmas movies that we didn’t ask for.

Thank you and have an enlightened day.

P.S. It turns out the new movie is about ice skating. It’s a thin line between love and hate, and you’re all over it.