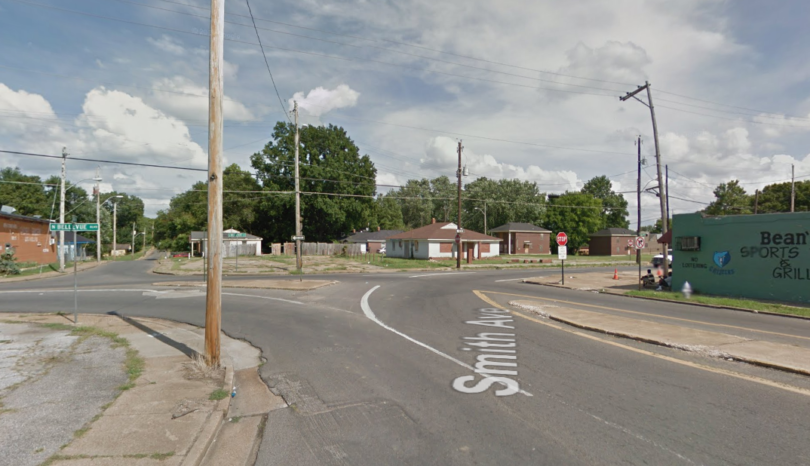 What follows is my third and final story from my travels outside of my hometown that I believe challenges the big, bad, scary world notion that I address in my first contribution.

Days after I graduated from college I packed everything I owned into the back of Victory, my 20 year old Volvo station wagon, and moved to Memphis indefinitely. None of my job prospects had panned out yet so my good friend Mario invited me to live rent free and work for his side business, a construction gig, until I landed something permanent. I moved to Memphis knowing only Mario, half-knowing one of his business partners, and knowing his fiancee, Vlora, only by story. I had known no one else in Memphis and had known nothing about it other than Elvis, Blues, BBQ, and crime. Lots of crime. At that time it seemed like every single one of those Worst Cities in America type clickbait articles online featured Memphis at the top of the list. I arrived late on a Saturday. The following morning we went to church. I rode with Mario. Vlora drove separately because Mario had to work after church. The plan was for me to ride back to Mario’s place with Vlora. The plans changed.

After church Mario asked if I would take his truck, the vehicle Vlora drove to church, and drop Vlora off across the river at the home where she nannied in Marion, Arkansas. Something came up and the family needed her there for a few days. Mario needed his truck for a job he had lined up later in the week and Vlora couldn’t drive his other car because it was a manual. It was only a half-hour away from Mario’s place on the highway. Easy enough.

On my way back to Memphis from dropping off Vlora, as I crossed the Hernando de Soto Bridge over the Great Mississippi River, the gas gauge of the truck suddenly dropped from halfway to empty.

I called Mario. “Oh yeah, I forgot about that. It does that sometimes. You might have enough gas to get home.” He didn’t seem confident but was definitely a little humored.

The interchange just across the river into Memphis looked too tricky for me to pick an exit to find a gas station so I continued on the route towards Mario’s place to find gas without too big of a detour. After the interchange, the neighborhood down below the highway looked like all the pictures used in those Worst Cities in America clickbait articles. I didn’t want to stop there for gas. It turned out I had no choice. The truck began to stall out.

As the truck coasted to an unwelcomed stop, I maneuvered to the right shoulder. It happened that the truck gave up on an overpass just before an on-ramp. The neighborhood below was exactly where I did not want to stop. I called Mario. He told me he had a gas can in the bed of the truck and that he would reimburse me whatever I put in it. No AAA. No roadside assistance. As I hung up I realized my phone was just about dead. I quickly google mapped the nearest gas station and memorized the route. It was simple. I just had to walk down the on ramp and about a quarter-mile down one road.

I grabbed the gas can from the back of the truck and observed the neighborhood below. It was rough looking. Houses and one off corner stores were boarded up all around and litter filled the streets. As I looked on from above, I noticed that a de facto corner house was a hotbed of activity. Whatever previously stood at the corner of its block had burned down and was never replaced. Cars continually pulled in front of that house for brief rendezvous. Numerous people hung out on the stoop and in the yard as others came and went by car and by foot.

I found myself back in the cabin of the truck. I was a bit nervous about my walk. However, the truck cabin was getting way too hot from the summer sun, gas was not going to come find me, and my phone was then dead. I had no choice.

I made my way down the on-ramp in my Sunday’s best. I decided not to follow the street at the bottom of the onramp to get onto the road that would lead me to the gas station. That route would put me in clear view of everyone at that corner house. Instead I chose to cross the street where it met the on-ramp then cut behind a building standing alone with an empty eroded parking lot behind it to get onto the road I needed to be on. As I crossed that first street two young women crossed my path.

“Ooo, you must be lost!” one girl said matter of factly.

“You know where you going?” the other asked with concern.

I raised the gas can. “Yeah, I’m good.” I responded with a tone of manufactured confidence.

I passed behind the building and was almost to the street I needed to be on when I heard “Ay!” yelled off in the distance. I told myself it wasn’t at me. “Ay!” There it was again. This time a little louder. “Ay! My man!” Though I told myself not to look and to keep walking, I turned my head. A man much bigger than myself, about 6’6” in my estimation, chunky, with dreads down to his shoulders, gripping his pants as if to keep them from falling, with a grill in his mouth, half jogged toward me.

“What’s up?” I said as I continued walking.

“Naw, I’m good.” I responded as I continued to walk.

“Ay, you need some help?” I heard again.

A large hand grabbed my shoulder to stop me. “No, you need some help.” He wasn’t asking.

The man pointed down the quarter-mile stretch of road that I needed to walk. Though it wasn’t far, the neighborhood looked to get worse and worse as the street went on. I turned to the man and said, “I guess I can use some help.”

“You need some help and I need some help. We’ll help each other out,” He responded. I didn’t know exactly what that meant but I went for it. I figured, worst case scenario I could easily outrun him.

I introduced myself and he introduced himself as T-Money. The tension within me eased a bit as I laughed to myself because just before he told me his name I thought to myself that he looked like he could be T-Pain’s big scary cousin. We shook hands.

As we crossed the intersection that I previously avoided T-Money shouted a few pleasantries with his friends standing in front of the house I had observed from the overpass. He then told me that he was locked up for two years and recently got out. He had been looking for work but it’s hard for someone with a record. His dad gave him a car to help him out but he had trouble keeping the gas tank full. I guess that’s where I fit into the I-help-you-and-you-help-me thing. That worked for me. I did, however, start getting a little uneasy at the jail talk and the fact that we were walking away from where I needed to go. I asked him how far his car was. He stopped. He panned his hand like Vanna White as if to show me something special and said, “Look. If I wanted to do something to you, I would’ve done it already. And ain’t nobody around to do nothing.”

I laughed half nervously and replied, “We’re good.” We shook hands again. The tension broke and as we walked we shot the breeze about all kinds of stuff.

After we walked a few blocks, T-Money turned and asked me if I was cool “passing through the cut.”

He smiled, shook my hand again and then got very serious. “I like you. Now don’t ever trust another mother fucka like this again,” he said in the tone of a disappointed father.

We cut through what seemed to be the worst street of them all, hopped into a well used grey Mazda Tribute that was parked in the driveway of an abandoned home, and made our way to the gas station. The SUV smelled of smoked and unsmoked pot. A half finished blunt sat amongst several roaches in the ash tray. We continued talking about anything.

No sooner had I hopped out of the SUV at the gas station when I heard, “Ay cracka! Cracka! You must be lost cracka!”

“Chill! He’s with me!” T-Money quickly shut down the jeering.

As I walked towards the gas station door some dude tried to sell me a mixtape. Just inside the gas station sat a large cylindrical cooler. The kind of cooler that is typically full of Gatorade’s in the summer. It was full of 40oz malt liquors. When the gas station attendant saw me from the other side of the bulletproof glass his eyes doubled in size and confusion and concern overtook his face. I put $20 on number 2. T-Money filled my gas can and then finished off the gas in his tank.

After filling up with gas, T-Money and I hopped back into the SUV and headed towards the highway. We pulled up behind Mario’s truck. T-Money waited to make sure that putting gas in the truck’s tank did the trick. Once the truck started he came to my window, shook my hand one more time, then we parted ways.

I don’t know if anything would have happened had T-Money not intervened. Maybe I would’ve made it to the gas station and back just fine. Maybe. Maybe not. T-Money made sure I didn’t have to find out.