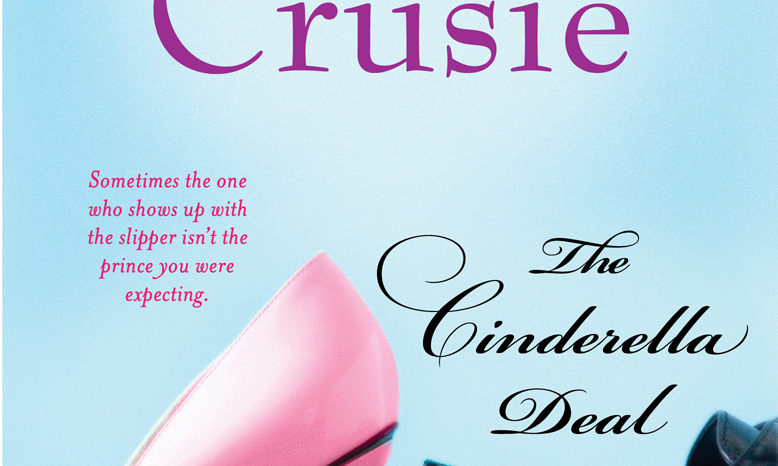 Romance novels are like Hallmark channel movies with an extra dose of sexual tension, double the stakes, and three times the talent. So, the next time you’re considering watching the same tired Christmas movie, consider reading a romance novel, or better, listening to one. Why watch the same actors make the same piss poor facial expressions, when you can listen to one person flawlessly act as narrator, female lead, male lead, and every other character in the novel? It’s a no brained.

This week I read The Cinderella Deal by Jennifer Crusie, because I felt like romance, I needed to multi-task, and the audiobook was available free from my library. What ensued was six hours of rom-com magic and introspection. Would you marry a man in exchange for a year of financial freedom? If at first your answer is no, consider the added possibility that you’re 35 and flat broke. If you still say no, you’re either lying to yourself or have no imagination.

In The Cinderella Deal, Daisy falls in love with her neighbor Linc. Obviously. But only after Linc pays her $1000 to pretend to be his fiancée so he can get a teaching job. Linc is the most qualified person for the job, but the Dean of the University thinks a wife is a primary qualification and Linc is desperate.

Meanwhile, Daisy is behind on her rent, her art isn’t selling like she’d hoped, and she has no other steady income. How serendipitous! Besides, she’s known for telling “stories.” Daisy ditches her rags (aka strange blue hat and oversized clothing) and becomes to the belle of the ball to secure Linc’s job offer.

Up until this point, both characters completely disregard the problem of what to do after Linc gets the job. After the offer, they just part ways as if that was going to be totally fine. Hint: it wasn’t. As soon as Linc starts talking about life without Daisy, the university folks start telling him he needs to get his girl back. They even book his flight out and return flight, with two seats instead of one. I found this hilarious.

Long story short, Daisy has nothing better to do so she marries and moves in with the guy. Even though her relationship with Linc starts as mostly contentious, she easily charms everyone else: the faculty, the neighbors, his students, the vet, his mother…I don’t know what Linc’s problem is.

The first time they kiss is at their wedding and the first time they do the dirty is at the very, very end of the story. I thought Susan Elizabeth Phillips was a safe romance author, but this book is so smut free, I managed to listen to most of it on speaker. At the end of the day I was glad for having read it. I lived vicariously in the world of the madly in love, a world where there’s always happy endings.