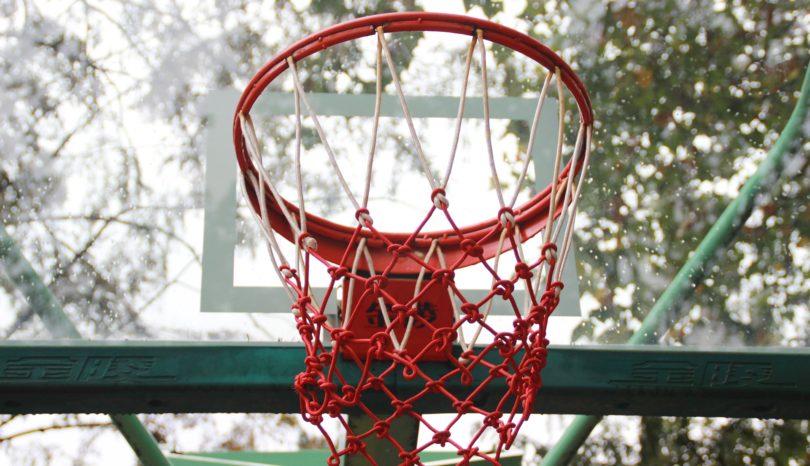 The Cavs lost and I don’t quite know what to say, so I decided I’m gonna regurgitate all the Cleveland fan feels. These thoughts amuse and comfort me.

1. There will always be an asterisk next to Kevin Durant’s name. “Asterisk: took the easy route to a ring.” And no, LeBron James did not do the same thing when he went to the Miami Heat. Perhaps this graphic will help: 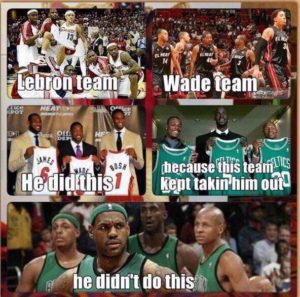 For those who don’t care to read between the lines, I’ll spell it out. In both instances, the superstar’s home team felt betrayed. Cleveland loved LeBron and he left. Oklahoma City loved Kevin and he left. But in only one instance did the superstar say, “I’m going with the top team in our conference, our greatest rival, so I can catch this ring real quick.” For that, Kevin Durant will be always be a lame.

2. “Kevin Durant is a fucking gazelle.” I loved hearing this one because it’s such an accurate portrayal of the bony, heinously tall, yet graceful player. He just skips across the court like it’s nothing and it’s not fair. The Finals were competitive without Durant, but with him they’re impossible. It’s like Kevin Durant is a cheat code, but the Warriors already had the game set to level of difficulty: easy.

3. Trade everyone. I personally felt very proud of the Cavaliers after game 4, for the obvious reasons, of course. The big three combined had almost 100 points, they broke NBA records every quarter of the game, the star player continued to average a triple-double in the Finals, and almost everybody was putting in work  (except Tristan Thompson, who’s cursed). However, despite how “all in” Cleveland is, the end of game five had people ready to write off Thompson, Love, Smith, Shump, just everybody. Personally, I think LeBron James should work on his free throws.

4. Game four will live in infamy. No matter what, you can’t say shit to me about the Cavs after game four. It was more than breaking records. It was the LeBron James alley-oop…to himself! It was the total game domination. And it was the fact that we broke the Warriors’ Finals win-streak and made the fake fans salty for at least one night. That’s enough for me. For now.

5. I’m sad, but I’m glad it’s over. I don’t know if this is a popular opinion, but when the Finals ended, a small part of me jumped for joy. I love the Cavs for bringing the city on this journey, for making me get lit repeatedly, for making my voice hoarse. But they also totally threw off my goals. I need money, I need sleep, I need emotional stability, and those things just drift away like dust in the wind when it’s Finals season. Now that it’s over, I can get back to dominating my life, instead of watching the Cavs dominate theirs. I gotta win, too, right?

In sum, don’t fret good folks of Cleveland. If we won two Finals in a row, people might start to question whether or not we’re the underdogs, and it’s always better to win as the underdog. Also, it’s still baseball season. World Series anyone?