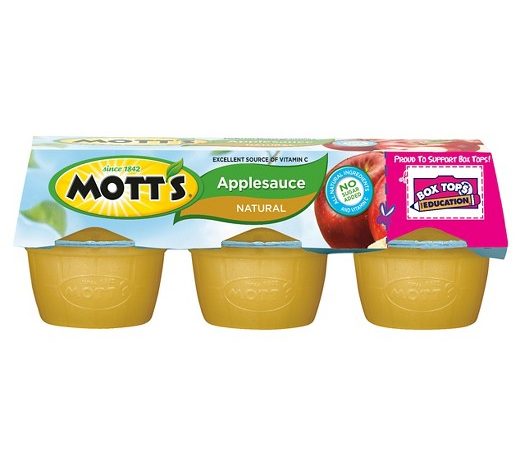 I’ve been on this apple kick where I slice an apple first thing in the morning. Every day, at 5:15 am, I slice and eat an apple. When the apples ran out I decided to try some of the apple sauce in the fridge. Super win.

It was this Mott’s Natural Applesauce that was just everything to me. Problem is, there were only two left.

So, I made quick work of demolishing the last applesauces and it finally came time for me to figure out the next move. My mom was like, “I’ve got a whole bunch of apple sauce.” Oh word?

No. It was totally wrong. It was unsweetened apple sauce. No go, buddy. I don’t want it.

Luckily, I was ordering something off of Amazon that required I spend a few extra dollars to reach the $25 free shipping threshold. Mission: Natural Applesauce in the Mail was a go.

Now, some of you, by now, may know where the problem lies. For those who don’t, I’ll continue.

A week later I get my package in the mail and I’m hype as fuck. It’s time for some natural applesauce! I open it up, look at the package, and in the green space where the words ‘natural’ should be, it reads, ‘unsweetened.’

Before I could settle down to lodge a formal complaint on the matter, I noticed this red box in the corner that says “new look, same great taste.” A realization started to dawn on me.

Natural applesauce is unsweetened. You’ve gotta be fucking kidding me. I don’t know if I’m a sucker, a fool, or an idiot, but, uh, I feel super silly.

2 thoughts on “A tale of two applesauces.”