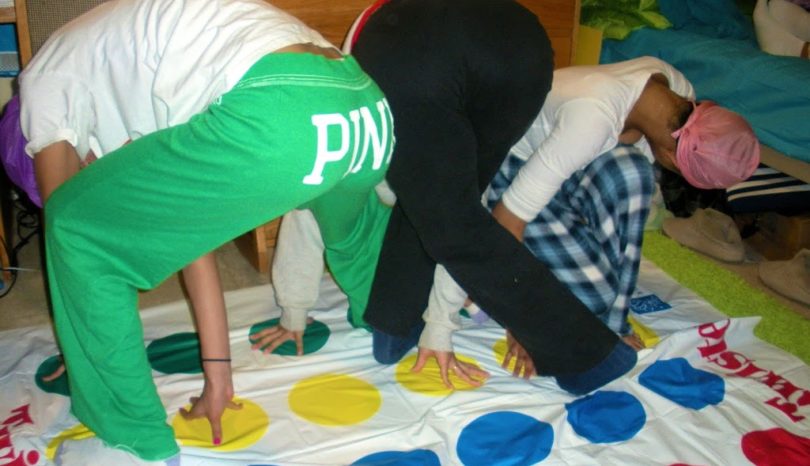 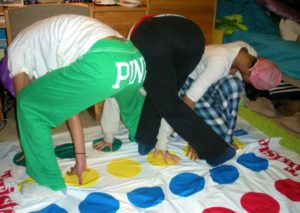 When I think back to college, I always remember the riot my freshman year. It was more a peaceful demonstration, a quiet protest. It doesn’t matter much that students were insolently demonstrating on the lawn to get out of classes following a power outage. What matters is that everyone wanted to be a part of it, and they were. There was exhilaration, pre-twitter news travel at twitter speeds, kids standing in trees, policemen (of course), and a feeling that if you weren’t present you would miss a moment that could come only once a lifetime. So we didn’t.

In college, we did anything and everything without apology. Let’s make the front page of the paper. Easy. Feel like going to the market and scavenging for food? Ok. Feel like making videos of us dancing? Ok. Secret Santa sounds like fun. Ok. There’s a party at the Alpha house? Ok. At 3am? Even better. We’re sophomores so we can pledge. Ok. We don’t have cars, but we can car pool to the nearest mall. Ok. Now that we have cars we can drive to Cincinnati to kick it big city style. Bet. There’s an etiquette class? Ok. We can host a talent show and draw half the black population. Yes. I feel like walking across the city. Ok. The bus goes to Walmart now?! Sweet! My mom doesn’t have to know this boy is in my bedroom? Hehe. The Dalai Lama is here! Go! We can register voters in the election of the first black president. Sure! We can canvas, paint bricks, and post pictures of “our” President. Yes. We might be sneaking out in the middle of the night to partake in illegal activities? Shh. Like drinking green beer underage and skipping class during midterms. No big. And hunt down potato bowls, fruit pizzas, and crepe carts. Indeed. Meet at the basketball courts! Check. At the hot tub in the rec center! Check. At the dorm kitchen with crab legs. Why not?
Not everything was so monumental, but in between classes and those other important things, we made time for impulses and random experiences.
Since college, life has dramatically slowed down and that “get up and go” attitude all but subsided. And I’m saying that as a bad thing. If there’s nothing pressing to do, it’s easy to do nothing. How many experiences have you heard about, just before politely passing them over?
Now, let’s acknowledge all the things that have made this shift possible. The excuses: Jobs, the fact the real world is not a college campus and your city not a dorm, friends becoming inaccessible due to jobs and distance, having to pay back loans instead of blow them, and a general sense of greater responsibility.
To all this I say “poo-poo.” “Ain’t nobody got time for that.” “Excuses are tools of incompetence…” If you truly believe your college years were the best years of your life, you have an unfortunate, long and dull continuing existence. So get up off your ass.
There’s so much MORE to experience in real life. Museums to visit, plays to see, water parks to conquer, beaches to roam, bottle caps to collect, countries to photograph, projects to volunteer in, hobbies to explore…Do you get where I’m going with this?
I have lived in suburbs all my life and I’m only now starting to feel like I’m missing out. I’m starting to want to trade security for risks, countryside for concrete, long commutes downtown for bus routes, and supermarkets for art districts. Even though most college campuses were suburban in reality, they’re a city to the imagination.
Regardless, the options and opportunities are there. I’ve just gotta take them. Are you gon’ roll?